News from the CDC this January morning: 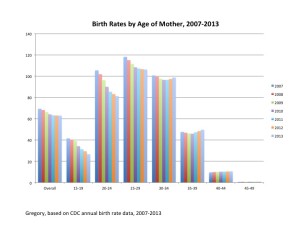