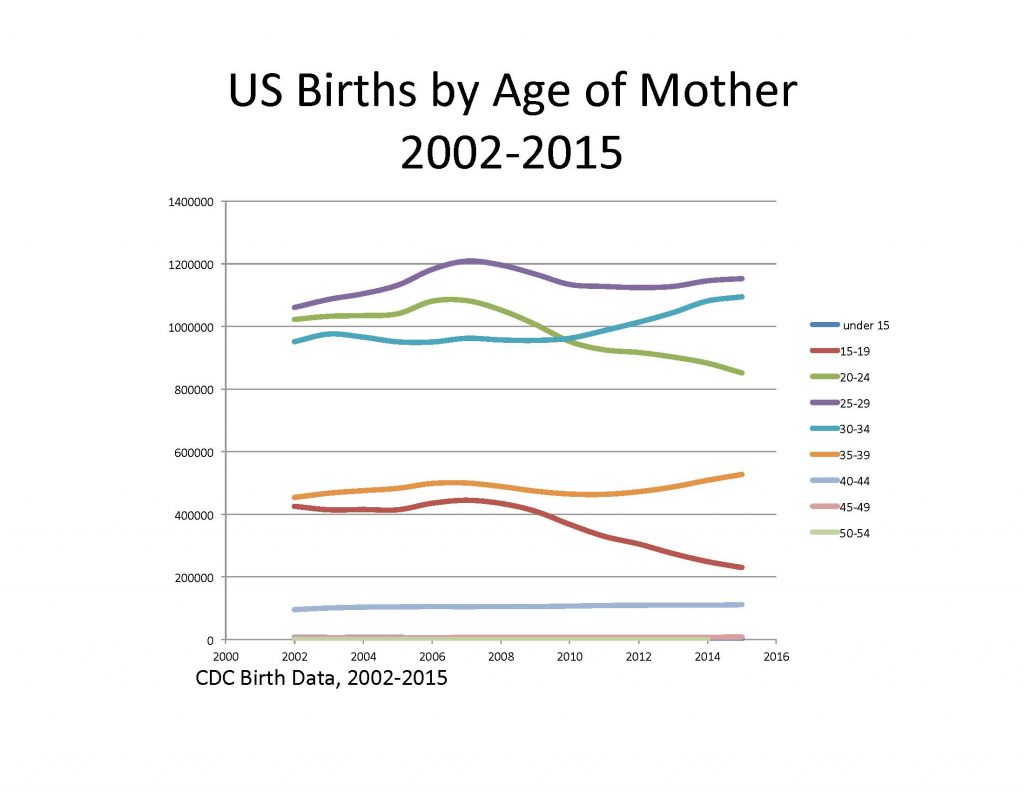 The CDC has issued its preliminary report on US birth data for 2015.   Birth rates are down overall, driven by historic lows among younger women.  But rates among women in their 30s and 40s continue to rise. 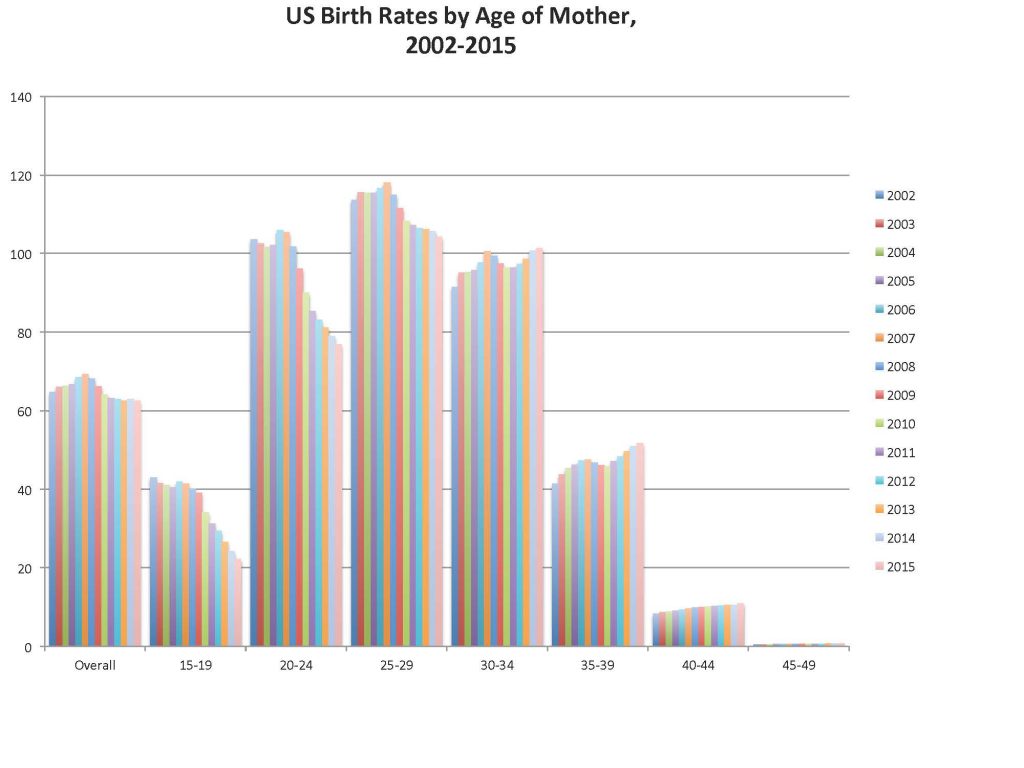 The report did not include preliminary break outs by age at first birth or by race — that data should arrive with the rest of the deets in the Final report in the Fall.