White females have the highest life expectancy (see Figure below), followed by, in order, black females, white males, and black males. Figure 2 also shows that this pattern has not changed from 1975 through 2009, even though life expectancy for all groups has generally increased over this time period. 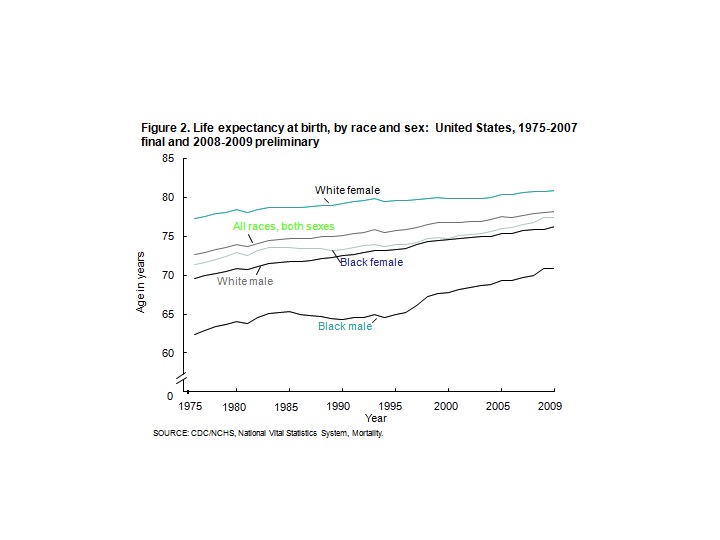