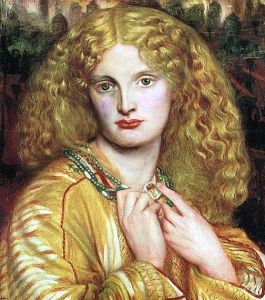 March is women’s history month, but this year we’re getting a special kind of history lesson. The anti-woman agenda being ram-rodded through legislatures this term is ancient. At least since Helen of Troy, our leaders have been actively denying women the right to choose how to run their private lives.

The Greeks fought a long war to prove that we had no such right, and wrote it up in the Iliad. The gender lesson was a major plot point—as Helen, half goddess, was forced to return to Sparta with Menelaus, the husband she didn’t love. Men’s right to philander, on the other hand, was affirmed in that poem and its sequel (recall Briseis, Calypso and Circe). Penelope read that memo, and the rest is history. The history, specifically, of patriarchy—the rule of the fathers over the mothers and the young.

That history had much to do with guys controlling women’s fertility in order to leave their property to their genetic heirs. The romance plot was always economic at base. Other economic effects included ensuring the proliferation of farm workers and soldiers and getting the household care work done for free. In the past, women’s lack of wages and thus of civic influence, and their preoccupation with the housework that was “never done,” meant they had no voice in public policy, despite comprising half the populace.

But birth control changed that. Goodyear’s vulcanization of rubber in 1839 was pivotal, as was the development of hormonal birth control in 1960. While in 1800 the average US woman had 7 kids, in 1900 she had 3.5. The Depression (also a contraceptive) drove the number down to 2.1. It rose to 3.7 in the Baby Boom, then plummeted after 1960, hovering around 2.0 since the seventies. 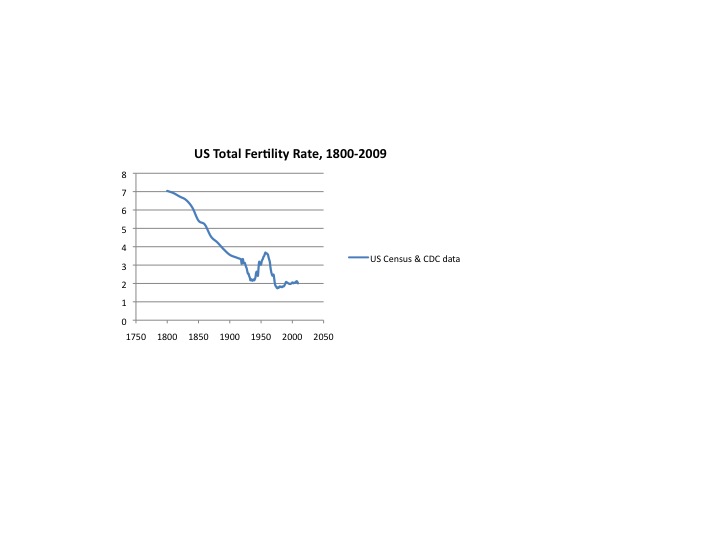 Birth control arrived when new technologies cut the need for hordes of harvest hands. Lifespans average 30 years longer. The world is crowded. And for men anxious about their progeny, we have DNA tests. Confining women to the home makes no economic sense anymore.

Radically, birth control moves women into public life for the first time in recorded human history. Women can earn and spend money, contribute skills and innovations to the commonwealth, and shape policy. Female representation in Congress has risen to new heights, though that’s still a rather measly 17%.

This democratization makes sense to many, but it doesn’t sit well with some displaced or would-be patriarchs, who don’t like sharing. Hence the effort to turn back the clock, by defunding Planned Parenthood and cutting off access to contraception and abortion, along with health care, for many women.

No matter that the decreased education and earning power this creates adversely affects the US economy as a whole, gutting our potential for innovation. De-novation is the point. The anti-woman atmosphere clouds the lives of all female citizens.

Some attribute a racist agenda to the push to deny young women birth control – a reversion to compulsory childbearing in order to ensure the production of more white folks; and that may be a factor. But this agenda would push women of all colors back to the kitchen.

That’s pretty scary – but it’s also weirdly encouraging. The ferocity of the push back indicates that the 17%, and the several generations of educated women they represent, are having effect. Though there’s still far to go, change is underway.

But real transformation, around the world, takes time and long-term commitment, through what will be many and epic battles over resources of all kinds. Recessions have historically undermined social advances, as every man is suddenly out for himself and budget cuts serve as cover for partisan attacks on progressive programs.

To keep change going, feminists male and female have to speak up vociferously, to open our pocketbooks, and to vote year after year for the candidates who will continue to move us forward, many of whom will be women. Because if women’s voices aren’t directly part of the decision-making, the decisions too often do not reflect our interests. Not many women’s voices in the Iliad.

We carry some positive legacies from the Homeric past, but there’s a lot in those epics we’ve moved on from. The poems themselves, born within a shifting oral tradition and flash frozen by the invention of writing in the West, tell a story about the inevitability of cultural and technological change over time.

Often Women’s History Month is the occasion to celebrate women of the past. But there’s a lot of women’s history that doesn’t deserve celebrating or returning to. It’s up to us moderns to give the Helens of Troy Michigan and of all our hometowns full access to the policy table. That can only happen when we stand up for women’s control of their own bodies and for affordable family planning for all, constructing new gender plots for our very different times.

Elizabeth Gregory is the author of Ready: Why Women Are Embracing the New Later Motherhood, and “Unravelling Penelope.”