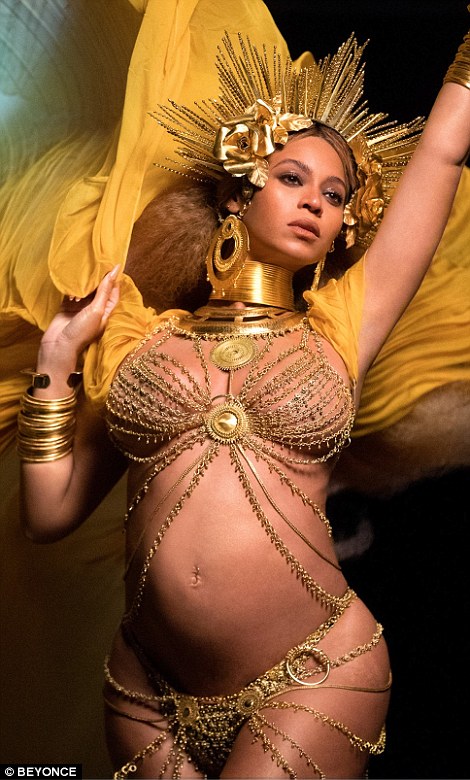 Rates to women 35-39 began to rise in 2011, and rates to women 40 and up never fell and continue to rise. When the recession hit and birth rates to young women plummeted, it was predictable that eventually at least some of those women would start having kids–and, inevitably, they would be older at that point.  That’s the ripple effect of delay, on display in the chart below. 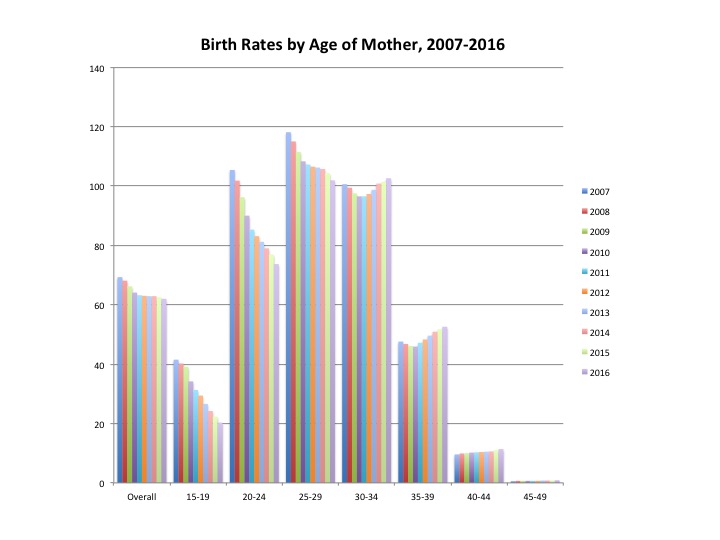 About 10 years after the rates began plummeting among the young, we are now seeing a rising tide of births to the women (and men) who delayed.  Stay tuned until later in the year for a full report on how many of these women are having first births, at what ages.  The average age at first birth is rising – but the specifics are not yet out (it was 26.4 (Table I-1) in 2015, so is likely not suddenly “around 28” as suggested by Bloomberg and Slate — the 2015 average age for all births was 28.5).

This year we have Beyoncé (35) and Amal Clooney (39) as poster women: both later mothers having twins. 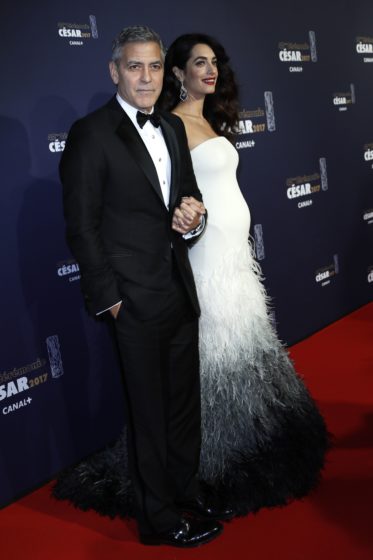 & Slate.com (“For the First Time Ever, Thirty-Something Women Are Having More Babies Than Their Twenty-Something Counterparts”)

Bloomberg (“Women in 30s Now Having More Babies Than Younger Moms in U.S.”)

Tagged on: More births to 30+ women    Ripple effect of delay