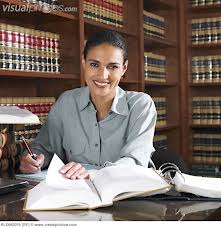 This week’s hullabaloo in the world of women’s work is Sheryl Sandberg’s Lean In.  It’s pretty clear to all that progress in that field requires a combination of policy change and women stepping up and giving their all to get into positions where they can further change policy.

Some commenters have objected to Sandberg’s argument because she emphasizes women’s responsibility to stand up for themselves – to play to win in the scene as now set, not wait until the scene changes.  She doesn’t’ focus much on how women have been actively denied opportunities to advance.   She acknowledges that policy has to change too, but she doesn’t stress it.  Fine; end of discussion.

Now back to moving things forward: by speaking up for policy change in business and government (the necessary stick), and keeping on leaning your way up the work ladders (yes, precarious!).  There’s plenty of working women to cover both agendas.  If you haven’t noticed, women are not having a lot of babies and staying home lately —the recession has kept most everybody at work.  Which has a trickle up effect.

So lately, things are moving.  True, the numbers of female CEO’s has only recently risen to 4% after years at 3%, but it is up.  And though the number of female Congress members rose by only 1 in the last election, the makeup of that small number has become markedly more progressive.  But most of all, the discussion is moving. The women in the big positions and down the line are all asking for better, loudly.

The chicken/egg dynamic (which comes first, the policy change that enables women in authority or getting the women into the authority positions where they can make policy change?) may sound like a stalemate, but the two-pronged strategy does make change.  Enough women (like Sandberg, Xerox CEO Ursula Burns, Senator Kirsten Gillibrand, and Houston Mayor Annise Parker, to name a very few) have advanced into leadership positions, and women overall have become enough of an educated and angry voting block, that old sexist ways are suddenly open to critique.  The biased decisions of military commanders on rape cases are suddenly being questioned in the Senate.  Equal pay and a national childcare system can suddenly be mentioned by the President as real goals instead of the “unrealistic” political unmentionables they’ve been for so long.

Helpfully, the anti-femme forces are upset enough about change that they are pushing back, with attempts to deny women basic services like health care and family planning.  And their pushback just makes the women madder – ensuring that the change will come faster and faster now.

As a woman with megaphone, Sandberg can urge women to try harder, within a framework that acknowledges that she’s an exception, as well as a model, and a potential change implementer.  She can make policy changes too—and offer the floor to other women with policy change ideas as well.  There are plenty.