I have a story up on theAtlantic.com site about birthrates and childcare: here.

The story was published with a confusing title, which was soon changed to the current title (same as here), so got some confused comments in response initially.

My concern: There’s lots of recent talk about raising the birthrate, as though that were a question apart from women’s lives and careers, which would be most directly affected by any “family policy” decisions.   The fall in the rate was overwhelmingly due to declines in births to younger women, going to college in larger numbers and positioning themselves to better afford kids later. Putting pressure on young women to have kids and step out of the education pipeline would not be a good strategy, nor is it likely to be successful.

Argument: Instead of attempting to re-produce old social scripts, policy-makers could learn from the new scripts that women are writing and enacting, which allow women to participate more consistently in the workforce and in social decision-making.  First step: good, affordable childcare for all.  As I’ve argued previously, this will not only assist with skills development for kids and their parents, it will create jobs. 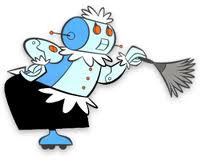 Such new jobs would intersect interestingly with the issue of how many workers are needed to run (and reproduce) the world once gender stops operating as a work stratification system (which it has always been and still is in major measure, but that dynamic is what’s in flux now).  All the parts of this equation are morphing fast. What gender are robots?

Tagged on: Amalia Miller    Focus on childcare not Birthrates    gender as work stratification system    later motherhood    Ready: Why Women Are Embracing the New Later Motherhood    The Atlantic    what gender are robots?