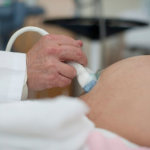 The NY Times‘ Room for Debate online forum asked “Should women delay motherhood?” That’s a problematic question, presuming that “experts” know what women “should” do better than they do themselves. Here’s my reply along with those of six others: http://www.nytimes.com/roomfordebate/2013/07/08/should-women-delay-motherhood/delayed-parenting-can-empower-women

A Delay Can Empower Women

My book on the biology, politics, economics and sociology of later motherhood begins with an Atlantic magazine article urging women who want a career to delay their families until they have completed their educations and established at work. The date? 1934.

Since 1960, hormonal birth control has allowed millions to do so. The average age at first birth for American women is 25.6, a new high (30 for college grads). Many wait longer.The birthrate’s at an all-time low, largely because of big declines among young women – many of them college bound. The only age group in which birth rates rose in 2011 was women 35-44.

There is no “should” in this story: women are delaying, globally. The “experts” are just catching up to explain why. Women figured out early that delay provides a shadow benefits system in our family-unfriendly world: higher salaries, more flexibility and higher marriage rates, as well as more interest in staying home at night.

Along with personal benefits, delay has been an engine of feminist social change because it allows women – who for millennia were kept busy, uneducated and out of decision-making circles by early and unending fertility – to begin to have a voice in policy. Change creates pushback, as today’s harsh fertility politics demonstrate.

Delaying is not without risk; eventually fertility wanes. But as Jean Twenge and I have documented, the odds of becoming pregnant in your late 30s are much betterthan the media reports. Conversely, the odds after 42 are worse than stories about celebrity late-40s births suggest. We’re told simultaneously that nobody’s fertile after 35 and that everybody can be at 45. Egg donation and egg freezing can extend fertility sometimes, but they are costly and not guaranteed.

Part of the blame lies with (some) fertility doctors, who benefit from tick-tock anxiety among younger women and inflated hopes among older ones. News media are also culprits in fertility scaremongering.

Women should have clear fertility data to make informed decisions. Without that, it’s no use knowing that later moms are happier, better off and longer lived, and that their kids do better. On the other hand, treatments do work for some, and many women adopt, foster or enjoy volunteering with kids. Others find they’re fine without children. (Full disclosure: I’m a mother of two, one biologically at 39 and one adopted when I was 48; no IVF experience.)

The bottom line is that late fertility works for many now, but isn’t itself the goal. Many of our infertility issues would be best addressed through pay equity, a good, affordable national child care system and shared parental leaves, so people wouldn’t have to wait to afford kids. Federally mandated fertility coverage would help too. To date, birth control has allowed some women to trickle up into policy roles. But because the support infrastructure hasn’t changed, women haven’t been able to move up in sufficient numbers to change it much. Lately though, the discussion has intensified. It’s up to us to decide when we’ve waited long enough.